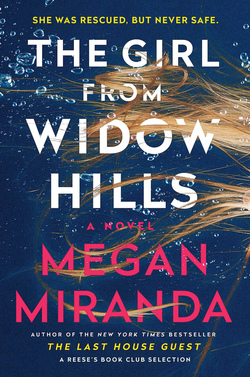 “Arden Maynor was sleepwalking when a flash flood swept her away. The country breathed a sigh of relief when the 6-year-old was found—and on every anniversary of that day, the media’s spotlight has returned to Arden and her mother. In Megan Miranda’s The Girl From Widow Hills, we get to know the Arden of two decades later. Now 26, she goes by Olivia Wells and lives in North Carolina. She’s beginning to feel secure in her life’s rhythms, but one horrible night, she sleepwalks and awakens with a bloodied body at her feet. Is the looming 20th anniversary stirring up tamped-down trauma? Or is someone from the past trying to torment her anew? Step by suspenseful step, Miranda lays a path for readers to follow as Olivia tries to separate dreams and reality, fear and fact, with a tenacious local detective not far behind. The Girl From Widow Hills is a creepy, compelling portrait of a life forever warped by unwanted fame—a timely theme in this era of internet celebrity and the fall from grace that often follows.”