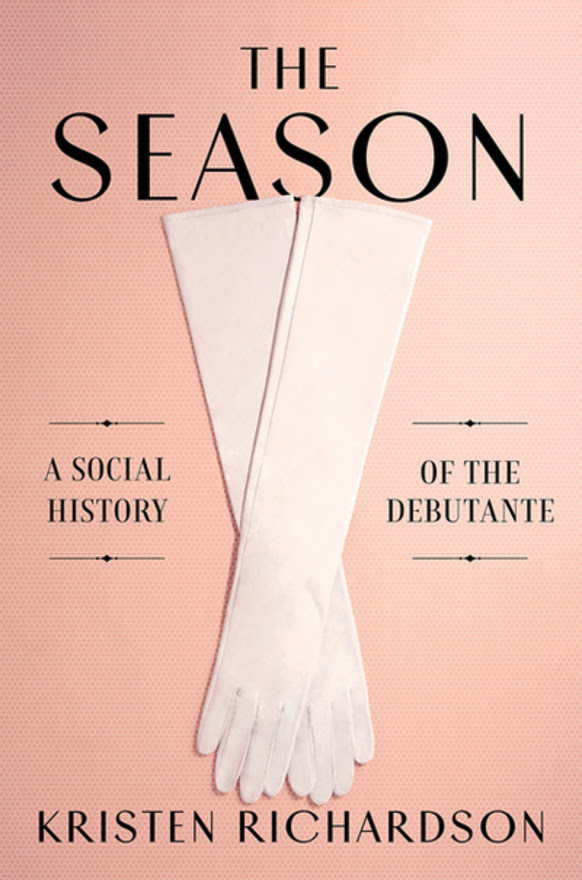 “When she was 17, Kristen Richardson was invited to become a debutante. The prospect of being on display held no interest for her, but as Richardson attended the ritualized “coming-out” parties of friends, she became fascinated by the enduring upper-class ritual, which has been largely overlooked by historians. In The Season: A Social History of the Debutante, Richardson argues that if we dismiss such traditions, “we miss a key part of women’s history, and of the history of marriage as well.”

Readers of Jane Austen and Regency romances are, of course, familiar with the role that “the season” played in early 19th-century England. For middle-class families with marriageable daughters, a season involved considerable preparation, expense and sacrifice: renting a house in London, scrambling for acceptance at Almack’s assembly rooms, getting a suitable wardrobe. And there was always the pressure on debutantes to make a “successful” marriage.

What makes Richardson’s account of debutante rituals so fascinating is her exploration of how the practice was exported to the United States, with dancing masters in demand in cities like Charleston and Philadelphia in the 1740s. Blending research and vignettes, she expertly traces the practice through old New York, the antebellum South and into the Gilded Age, when girls outside the tightknit structure of New York society went abroad to seek a husband or a title. (Think Cora, the Countess of Grantham, in “Downton Abbey.”)

Richardson brings her chronology up to modern times, revealing how presentations, sometimes organized by closed secret societies, continue in cities like Charleston, New Orleans, St. Louis and San Antonio. There’s even an explosion of debutantes in China and Russia. One chapter explores African American debutantes and social clubs, where events have often included a charitable aspect with a focus on community service and education.

The debutante ball, it turns out, isn’t a thing of the past at all. Sometimes young women use it to create a persona or promote a personal brand. But as Richardson reminds us in this engaging and thought-provoking history, the use of daughters to cement power and wealth is very hard to give up.”