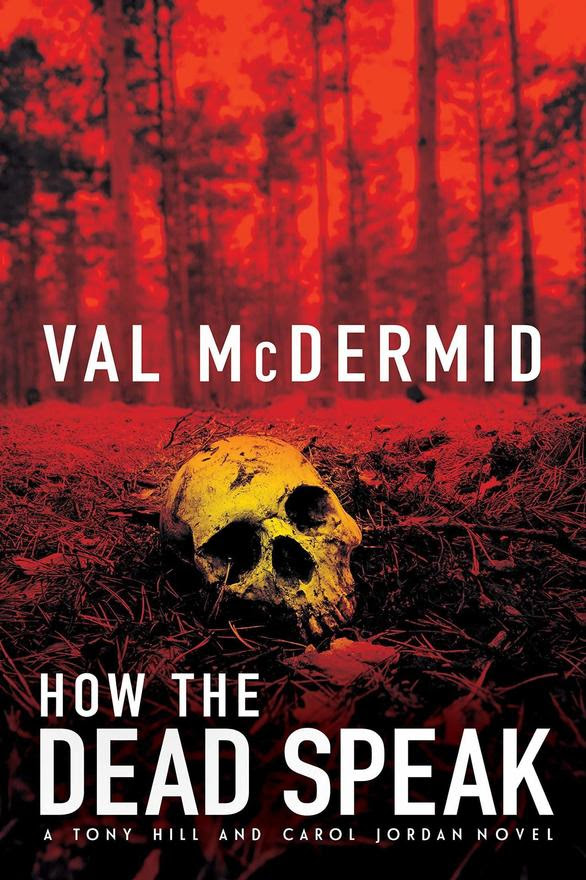 “Val McDermid’s latest installment in the Tony Hill/Carol Jordan series, How the Dead Speak, is a bridge novel. Although not specifically required, it helps to have read the past few books in the series, particularly 2017’s Insidious Intent. As that book ends and this one begins, Hill and Jordan are nursing their disparate wounds in remarkably different ways. Hill, in prison for manslaughter, is putting his energy toward writing a book on forensics, and Jordan, no longer with the Bradfield Police department, is trying to eke out a living as a private investigator of sorts. They don’t have much interaction any more, as Hill feels that his presence in Jordan’s life exacerbates her PTSD. But a large cache of skeletons has been found in a closed Catholic home for children, and Hill and Jordan’s old unit has been put in charge of the investigation, a political hot potato due to recent years’ media coverage of pedophile priests and sadistic nuns. There is the distinct possibility that a serial killer is at work, or the even more disturbing possibility that the serial killer, if indeed one exists, might be a member of the clergy. As always, the narrative is tight and marvelously paced, the characters are flawed but enormously sympathetic, and the suspense factor is simply off the charts.”