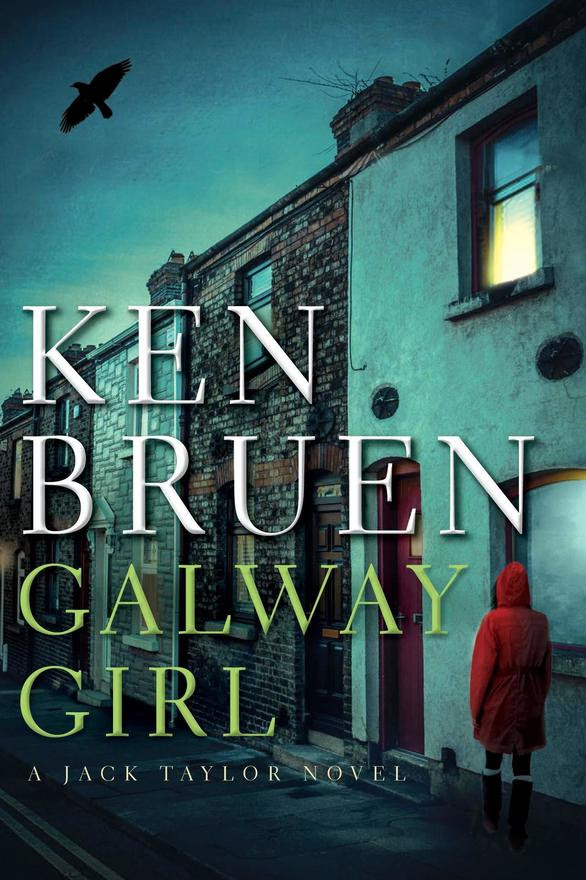 “Ken Bruen peppers his tales of world-weary ex-Garda (Irish cop) Jack Taylor with shamrock bromides that are often thought provoking or darkly humorous as Taylor muddles his violent way through the damp and peaty Irish landscape. “In Galway / They were forecasting a shortage of CO2 (no, me neither). / Which is what puts the kick, fizz, varoom in beer, soft drinks. / Ireland, without beer, in a heat wave.” You can almost hear the “tsk tsk” as Bruen imagines the mayhem that will ensue. Galway Girl finds Taylor beleaguered by a trio of spree killers targeting the Garda, a priest whose moral compass has been severely compromised and a surly falconer with an injured but nonetheless lethal bird of prey. Taylor’s ongoing battle with the demon rum (actually Jameson Irish Whiskey, in his case) hovers in the background of every scene, like some ominous uncle, familiar yet anything but benign. Bruen’s command of language and metaphor is on full display in his trademark staccato verse, and his sense of place is superb. And to top it all off, the final scene is so artfully and powerfully rendered that I had to go back and read it again. And again. And I likely will again.”