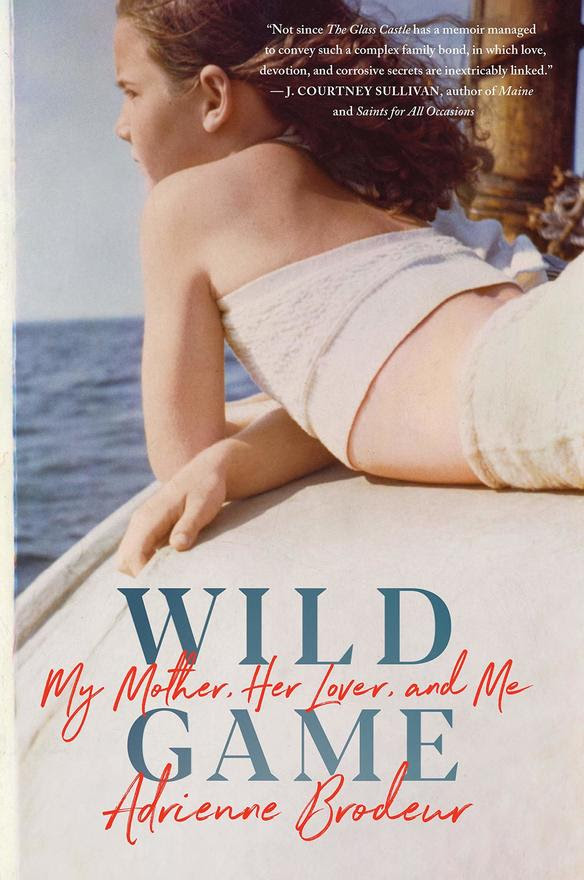 “Wild Game: My Mother, Her Lover, and Me by Adrienne Brodeur is a story of one daughter’s moral contortions to make her mother, Malabar, happy. Brodeur learned the full contours of her mother’s discontent by becoming embroiled in her extramarital affair.

Brodeur was only 14 when Malabar—a charming cookbook author wed to a wealthy man who soon fell ill after their marriage—divulged that she had taken a family friend, also married, as her lover. Brodeur kept their affair a secret from her stepfather, both families, her friends and, later, even her own spouse. Wild Game explores this secret’s impact on all of their lives, but primarily Brodeur’s own.

Brodeur knew her mother had suffered a tragic life due to parental abuse and the later death of a child. As Brodeur became personally invested in protecting the affair, she reveals herself to be an extraordinary case of the parentified child. Anyone with similar childhood circumstances will relate to the weightiness of filial duty depicted in Wild Game.

But Brodeur is also extraordinary for how, on the other side of this story, she has ended up basically OK. She’s married again, a parent herself and a lovely writer. (She is the former editor of Zoetrope: All-Story, a literary magazine she launched with Francis Ford Coppola.) Her talent with words lies in her ability to make the reader feel deeply empathetic for Malabar, while at the same time abhorring her behavior as a parent. Mother and daughter are, certainly, a perpetrator and a victim. But the reader is liable to be convinced, as Broedur is, that her mother was very much a victim, too.”