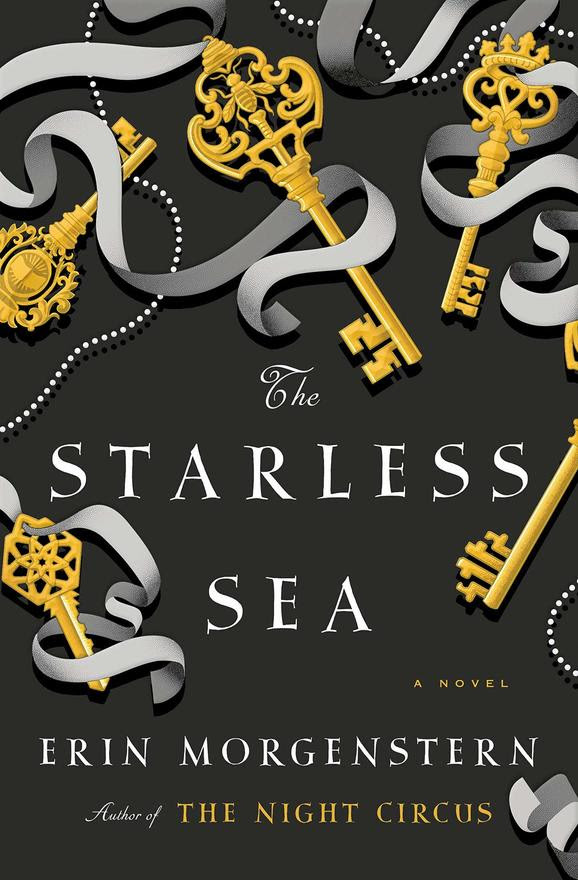 “As graduate student Zachary Ezra Rawlins contemplates which book to choose in his university library, he muses that reading a novel “is like playing a game where all the choices have been made for you ahead of time by someone who is much better at that particular game.” That’s certainly the case when the author in question is Erin Morgenstern, who mesmerized readers with her breakout debut, The Night Circus, and now returns with her highly anticipated second novel, The Starless Sea, a grand fantasy about books, the power of literature and storytelling.

The mysterious book Zachary ends up choosing features him as a character and leads him on an epic quest, first to the Algonquin Hotel Annual Literary Masquerade in New York City and ultimately through a secret doorway to a subterranean realm where he finds pirates, an Owl King, fairy tales, a story sculptor and “an underground trove of books and stories beneath their feet.” Think Harry Potter for book lovers and grown-ups. (Zachary’s favorite drink is a sidecar, and he falls in love during his adventures.) There are literary references galore, as well as an undertone of video games. “Is that Zelda for Princess or Fitzgerald?” Zachary asks at one point. The response he receives: “Little bit of both.”

Paralleling Susan Orlean’s The Library Book, a nonfiction ode to books, libraries and librarians, The Starless Sea is a fictional journey dedicated to stories and storytelling. Both are lively, inventive titles chock-full of book-centric quotes.

This hefty novel requires imaginary leaps and careful attention to stories and characters that wind their way in many different directions, but Morgenstern—now proving not once, but twice, what an adept literary juggler she is—manages to weave a multitude of strands together into one mighty, magical tale.”