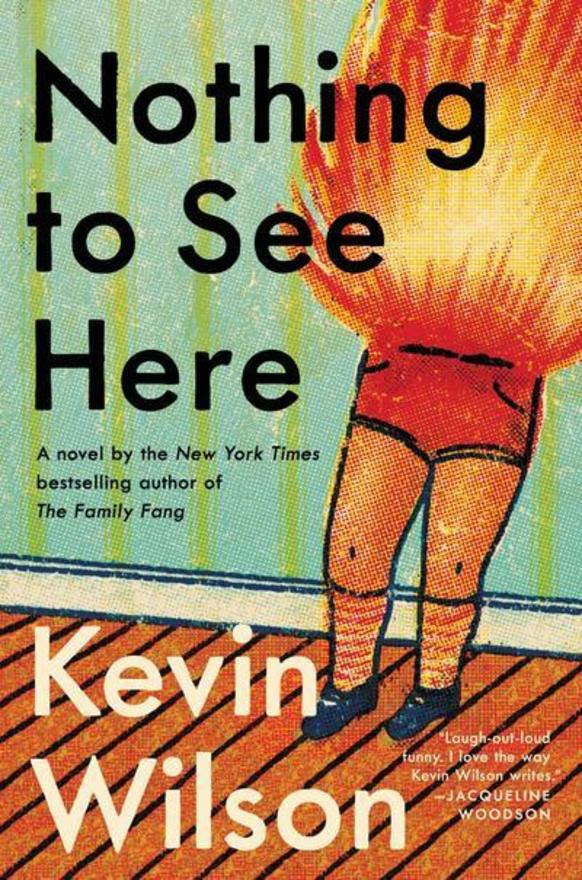 “Kids are unpredictable. They suddenly love food they once thought disgusting. And sometimes they just might spontaneously combust.

In Nothing to See Here, Kevin Wilson doesn’t dwell on the science of human combustion. Instead, he uses the phenomenon as a clever metaphor for human behavior, especially as it relates to a seemingly privileged family.

Lillian Breaker, the novel’s 28-year-old narrator, is anything but privileged. She grows up poor in Tennessee but is determined to seek a better life, so she earns a scholarship to the prestigious Iron Mountain Girls Preparatory School. She develops a fast friendship with Madison Billings, a rich girl whose family owns a chain of department stores. They’re classmates for a year, until another student rats on Madison for having cocaine in her room. The Billings family’s solution? Bribe Lillian’s mother and get Lillian to take the rap.

The young women go their separate ways until years later, when Madison is the wife of a senator who had twins with a previous spouse. The senator is eager to assume higher political office, but the 10-year-old twins are a liability. Whenever something upsets them, they burst into flames, damaging everything around them but leaving their own bodies unharmed. Madison hires Lillian to live on the family estate and act as governess to the two children. What follows is a series of revelations for all parties, as Lillian discovers untapped maternal instincts and Madison and her husband learn more about their family dynamics.”