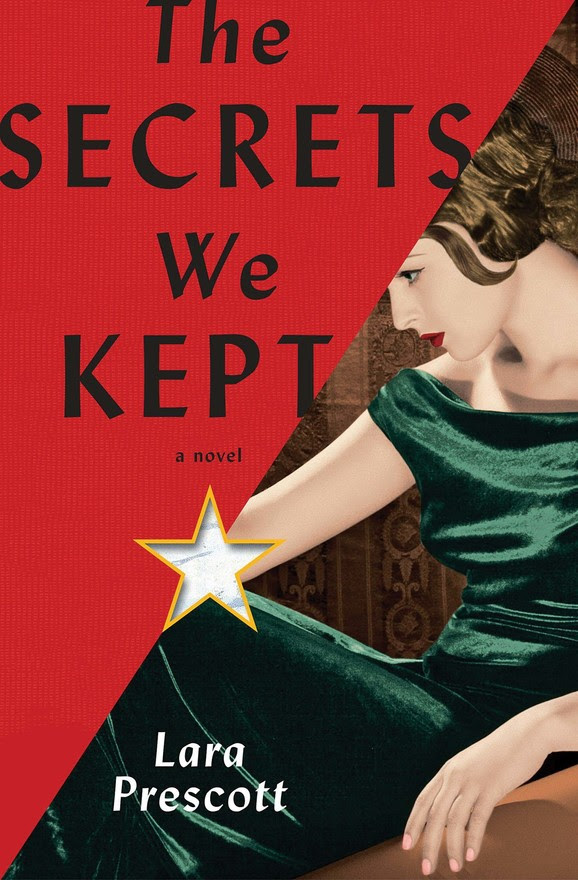 “Debut author Lara Prescott’s parents gifted her with a gold mine. First, she was named after a character in her mother’s favorite book and movie, Boris Pasternak’s Doctor Zhivago. Then in 2014, her father sent her a newspaper article about how the CIA secretly helped publish and distribute editions of the novel in the late 1950s, using it as political propaganda to try to turn Russians against their government. Prescott spent years researching this bizarre saga, ultimately turning her knowledge into richly imagined, thrilling historical fiction.

The result,The Secrets We Kept, uses multiple narrators to deftly show how this drama unfolded on opposite sides of the world. Readers learn how Pasternak came to write Doctor Zhivago, a Nobel Prize winner that his government refused to publish, and how his mistress Olga Ivinskaya both inspired parts of the novel and helped get it published outside the Soviet Union, despite unimaginable costs to both herself and her children. As Prescott’s fictionalized Ivinskaya explains, “I was the person who ushered his words out into the world. I became his emissary.”

Readers also take a deep dive into the clandestine world of literary spycraft through a host of characters, including a pool of female CIA typists (who occasionally serve—quite delightfully—as collective narrators). Several of these women are spies, like Sally Forrester and newcomer Irina Drozdova, whom Forrester trains. In addition to the sheer drama of the situation, the historical details and office politics are intriguing. Think “The Americans” meets “Mad Men,” with a dash of Soviet literature.”