Librarian’s Pick: A Shot In The Moonlight – Ben Montgomery 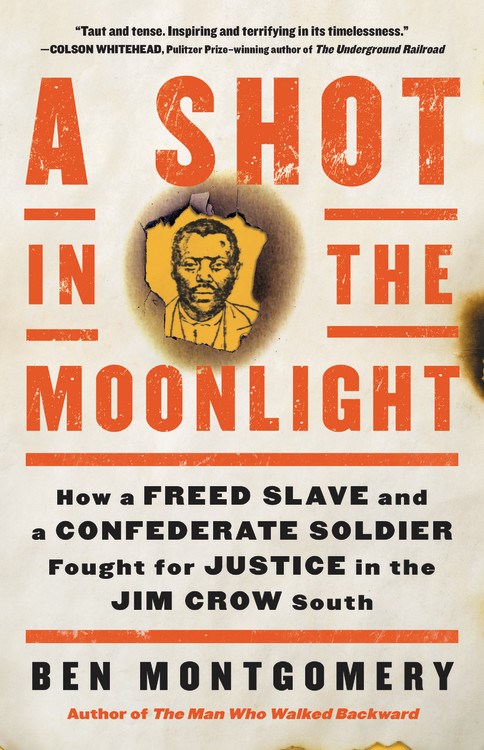 “Imagine being woken up in the middle of the night by a mob outside your house, calling your name, accusing you of crimes that you didn’t commit. Then imagine that they start throwing explosives and firing guns at your house, at your family. You defend yourself and your home as best you can, and one of the assailants dies from the intervening fight. Suddenly you find yourself, a Black man, a formerly enslaved person, fleeing through 1890s Kentucky, trying to stay out of the hands of lynch mobs. With the Ku Klux Klan and newspapers calling for your execution, you’re forced to put your life in the hands of a lawyer who fought to uphold slavery.

This complicated tale is masterfully told in Ben Montgomery’s A Shot in the Moonlight: How a Freed Slave and a Confederate Soldier Fought for Justice in the Jim Crow South. Montgomery, the Tampa Bay Times journalist who covered the Dozier School for Boys (which would later inspire Colson Whitehead’s novel The Nickel Boys), guides us through the events that took place on the night of January 21, 1897, at the home of George Dining.

A Shot in the Moonlight reads like a riveting thriller, with multiple moving pieces and conflicting perspectives, but historical artifacts such as newspaper excerpts and first-person accounts also give it journalistic depth. Set during an era when being Black and accused of a crime was almost a guaranteed death sentence, this gripping history offers hope through the actions of an unlikely cast of characters who sought to save a man from a cruel and vindictive fate.”