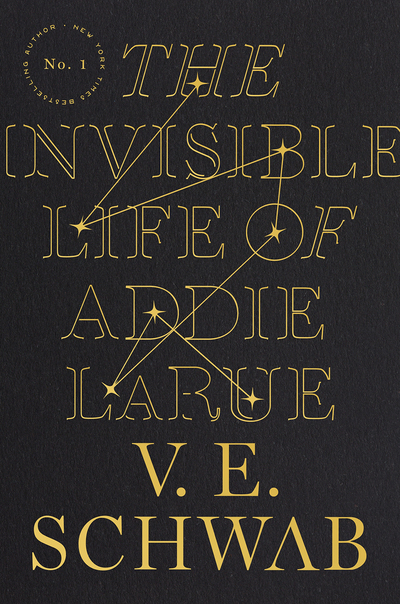 “The Invisible Life of Addie LaRue, the reader first meets Addie as she is fleeing a life she doesn’t want, one that has been chosen for her by her parents. In the year 1714 in Villon, France, 23-year-old Addie is being forced to marry a widower from her village whose children are in want of a stepmother. Instead of submitting, Addie runs. “She doesn’t slow, doesn’t look back; she doesn’t want to see the life that stands there, waiting. Static as a drawing. Solid as a tomb. Instead, she runs.”

She also prays to the old gods, as her friend Estele, the village witch, has taught her. Estele warned her never to pray to the gods that answer after dark, but as dusk bleeds into night, Addie accidentally conjures just such a god, whom she will come to know as Luc. He promises Addie of “time without limit, freedom without rule” in exchange for her soul. Only after the deal is struck does Addie understand the secret cost of this arrangement. She can live for a thousand years if she likes, but nobody will ever remember her. Until one day, in New York City in the year 2014, she walks into a bookstore and, for the first time in 300 years, someone does. It’s a twist that changes everything she thought she knew about her future and the decisions that await her.

At the heart of this novel is a meditation on legacy, time and the values each person uses to guide their path. Freed from a life’s traditional arc of aging and transitions, the indefatigable Addie must proactively decide how she wants to spend her days and which sacrifices are worth her soul’s survival. This is a hopeful book from an author who is known for dark, violent stories, which makes it both a delightful surprise and a balm in difficult times.”