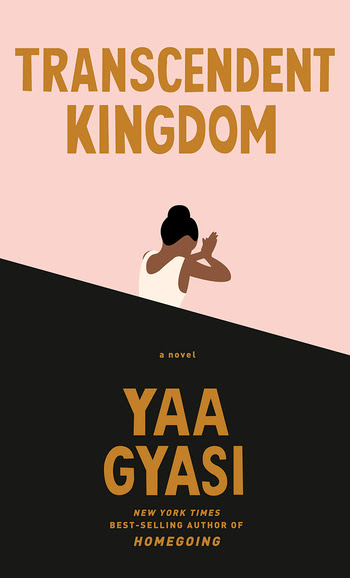 “Gifty was born in Huntsville, Alabama, after her family emigrated from Ghana. Now she’s finishing up a Ph.D. at Stanford, studying addiction and reward-seeking behaviors in mice. She has a personal connection with her chosen subject: When she was 10, her adored older brother, Nana, died of a heroin overdose after a basketball injury left him hooked on opioids. Their mother spiraled into depression soon after. Over a decade later, Gifty brings her mother to California after the older woman shows signs of another approaching breakdown. As Gifty keeps a watchful eye on her mother and continues her research, she begins to experience the pull of the strong evangelical Christian faith of her childhood, which she’d intended to leave behind in Alabama.

Gifty’s determination to better understand her family’s suffering and the tension between two opposing belief systems (faith and science) forms the heart of this empathetically written novel. As Gifty begins the final months of her experiments, the narrative shifts in time to include stories of Gifty’s father, known as the Chin-Chin Man, as well as Nana’s tragic tumble into addiction and Gifty’s single summer spent in Ghana. Gifty’s move from the tight embrace of organized faith to the wide-open questions of the sciences is depicted in exquisite detail. The casual but cutting racism of the all-white church of her childhood, the alienation she felt as a Black Christian woman pursuing a science degree and the unease with which she encounters other students in her lab are all unforgettable.

Gyasi’s bestselling debut novel, Homegoing (2014), was a multigenerational saga that traced the families and fortunes of two Ghanaian half sisters over three centuries. Despite its focus on a single family, Transcendent Kingdom has an expansive scope that ranges into fresh, relevant territories—much like the title, which suggests a better world beyond the life we inhabit.”