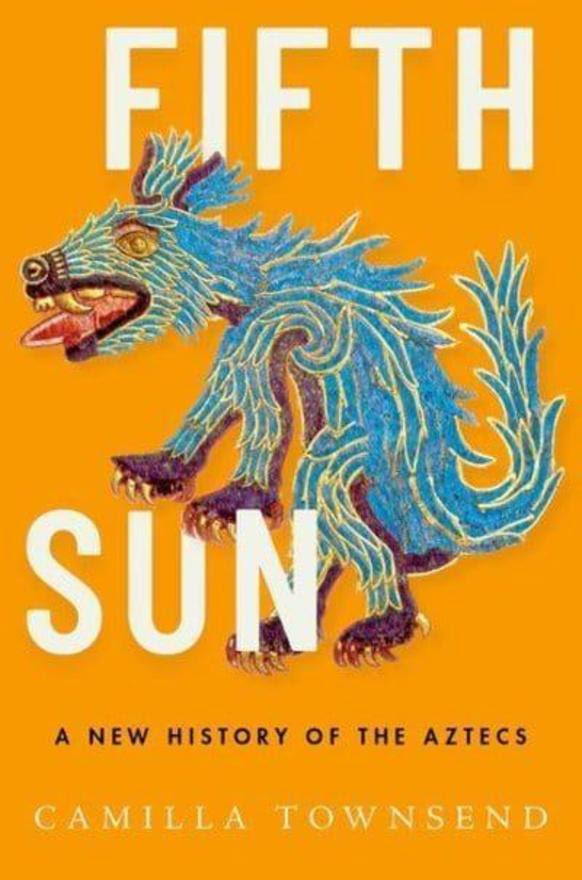 “For generations, historians have gleaned their understanding of the conquest of Mexico from Spanish accounts—whether from the conquistadors, who stressed Aztec human sacrifice, or Catholic missionaries, who were sometimes more sympathetic to the indigenous Nahua people. If you’d asked why the approach was so one-sided, the scholars would have said: Because nothing else is available.

That’s simply not true. The people Americans call Aztecs, who called themselves Mexica, had a strong tradition of historical annals that didn’t stop with the conquest. For years afterward, the descendants of Nahua nobles, both Mexica and others, continued to write Nahuatl-language chronicles.

Happily, the long neglect of those documents has now ended. Historian Camilla Townsend continues her groundbreaking work in the field in the marvelous Fifth Sun: A New History of the Aztecs, a dramatic and accessible narrative that tells the story as the Nahuas saw it.

Yes, the Mexica sacrificed humans and were unpopular enough that some of the regions they had conquered allied with the Spanish. But they were also pragmatic, funny, clever, artistic and enmeshed in a civilization as sophisticated as Spain, if not as technologically advanced. Fifth Sun helps explode denigrating myths: Moctezuma was not a coward, just a realist. He did not think Hernán Cortés was a “god.” The translator known to posterity as Malinche (really Malintzin) was not a “traitor.”

Townsend, a first-rate writer, explores each era through the lives of real Nahuas who lived through or wrote about it. Among them are a captive daughter of Moctezuma, who bore one of Cortés’ many illegitimate children; a local ruler who learned to work in a Spanish-governed world and sponsored an important chronicle; and an indigenous Catholic priest, proud of both his ancestry and his Christian faith.

The Mexica were smart and effective, but they couldn’t overcome Spanish horses, steel and guns. Even so, they didn’t give up. As is often true after a conquest, the defeated generation’s children rebelled a few decades later, and the grandchildren pushed to preserve their history. Fifth Sun continues that crucial task.”