Librarian’s Pick: All This Could Be Yours – Jami Attenberg 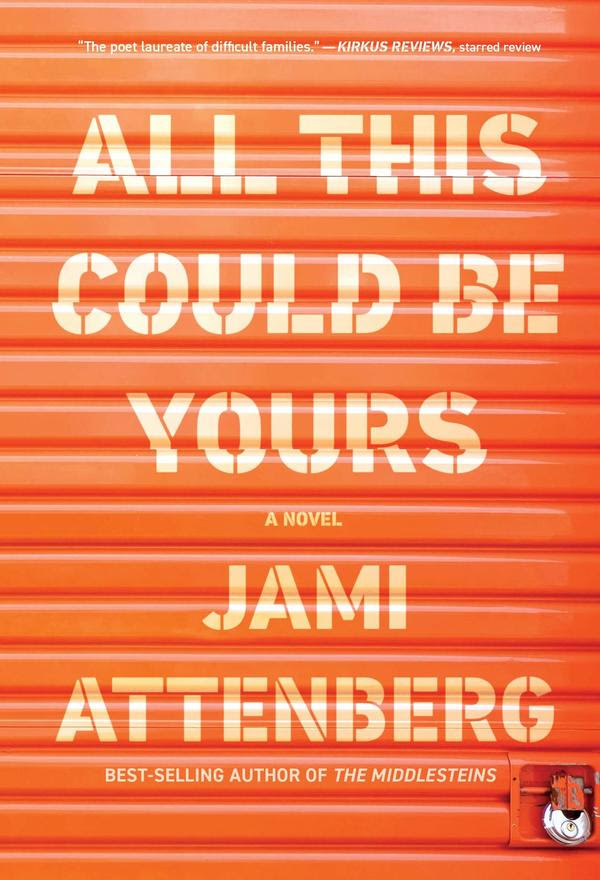 “When we meet Victor Tuchman, the patriarch of New Orleans-based novelist Jami Attenberg’s All This Could Be Yours, he’s as good as dead. Which is just as well, since everyone agrees Victor is a monster. Now he languishes in comatose purgatory while the whole family is called home. Well, not home exactly, but to Victor and his wife Barbra’s condo in New Orleans, where they’ve lived for about a year. Nobody is sure why they left Connecticut, but it probably had something to do with Victor’s criminal activity. Not that anyone knows what that activity is—except maybe Barbra.

One family member has questions. Alex, their daughter who lives in Chicago, is a tough-minded, recently divorced attorney who gave up on a relationship with her parents years ago. But news that Victor is near death stirs in Alex a primal excitement. In a rare show of optimism, Alex has convinced herself that once her father is dead, her mother will spill the tea on the Tuchmans’ secret history.

Gary, Alex’s younger brother, has been living in New Orleans for several years and has no idea why his parents stopped honoring the decades-long unspoken agreement to stick to their own corners of the country. Gary, who is going through a marital crisis, just happens to be in Los Angeles on business when he gets the call. He promises his mother he’ll find a flight home soon but can’t manage to force himself onto a plane.”