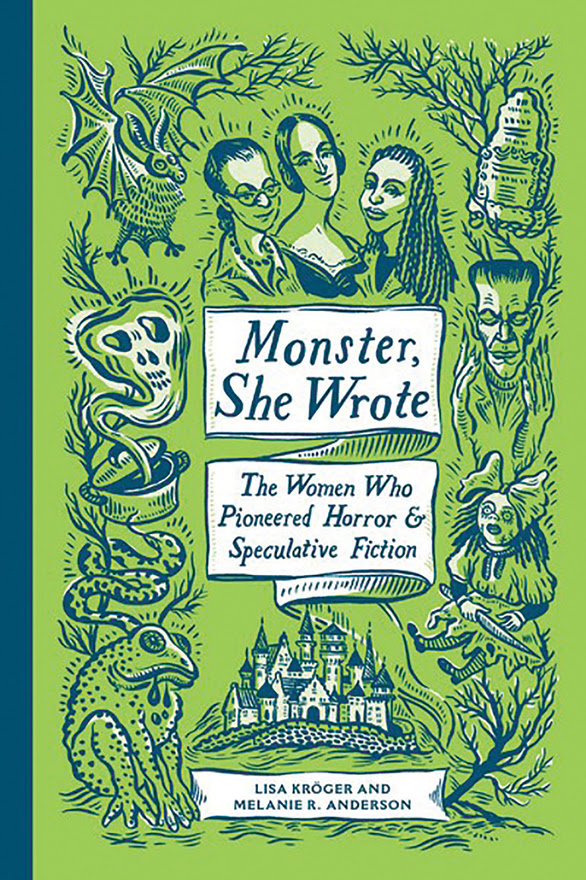 “In Monster, She Wrote: The Women Who Pioneered Horror and Speculative Fiction, scholars of the weird Lisa Kröger and Melanie R. Anderson trace the genealogy of women who’ve dealt in the unsettling, from the 17th century into the present. This book is inspired not only in the way it explores what the off-kilter, the monstrous and the half-known has meant to women for centuries but also in how it illuminates the often unusual lives of the women who crafted these dark worlds. Amelia Edwards was a swashbuckling explorer who traveled Egypt with her female partners in the Victorian era and wrote stories about mummies. Daphne du Maurier enigmatically referred to herself as a “disembodied spirit” throughout her childhood. Shirley Jackson was whispered to be a witch. As rebels within the male-dictated feminine role, were these women writing themselves as monsters? Or was it the world around them that was malformed, menacing?”