Librarian’s Pick: How To Be A Family – Dan Kois 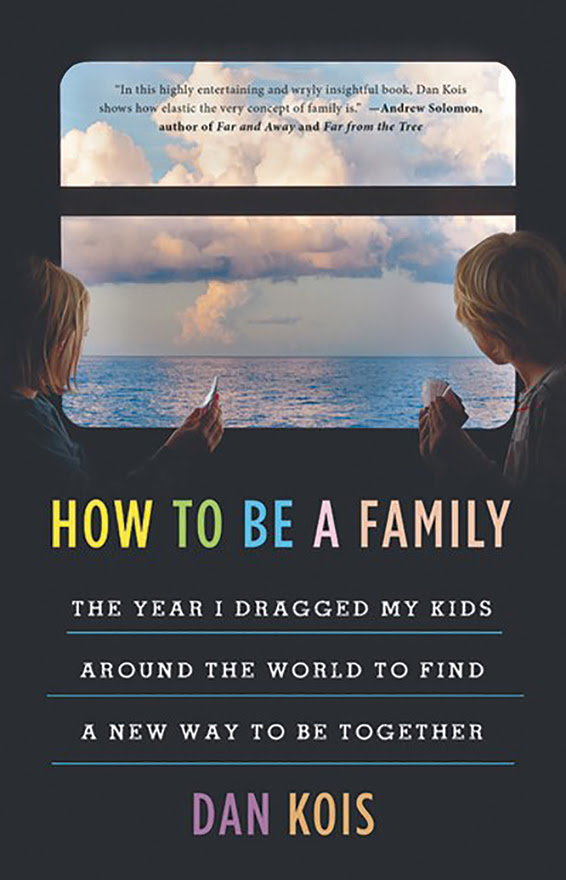 “In 2017 Dan Kois, his wife and their two children did what many families secretly dream of doing: They packed up their belongings and spent a year living abroad. Their life in Arlington, Virginia, had come to feel like an endless rat race—Kois is an editor at Slate and his wife, Alia, a First Amendment attorney—leaving them feeling exhausted and overwhelmed. They asked themselves, “Could the two of us set aside our relentless quest to make sure our children had every material and educational advantage, and instead focus for twelve months on caring for all our hearts and souls?”

Kois shares the fascinating and frequently hilarious results in his admirably honest account of that year, How to Be a Family. In addition to Kois’ humorous, self-deprecating style, the book is particularly lively because Kois and his wife picked such diverse spots to live: the blustery coastal town of Wellington, New Zealand (their favorite spot); the bustling city of Delft in the Netherlands; tropical Samara, Costa Rica; and deep in the heartland of Hays, Kansas, where a friend of the family lived. (Yes, Kansas!)

Kois and company adored their friendly, welcoming neighborhood in New Zealand. The Dutch were not so affable (Kois calls them “mysterious and frustrating”), although the family loved the country’s reliance on bike transportation. Costa Rica was at times monotonous in its endless string of beautiful days, and occasionally the togetherness became too much, prompting Kois to write, “Thank God for cards” (as in card games). In Kansas, they found a wonderful sense of community, discovering that it was “a place where people could bloom.”

In the end, the family found their lives changed but not transformed, realizing that “a place never solves anything.” Nonetheless, their journey was an unforgettable adventure, allowing them the priceless gift of having time to pay more attention to each other.”