Librarian’s Pick: The World That We Knew – Alice Hoffman 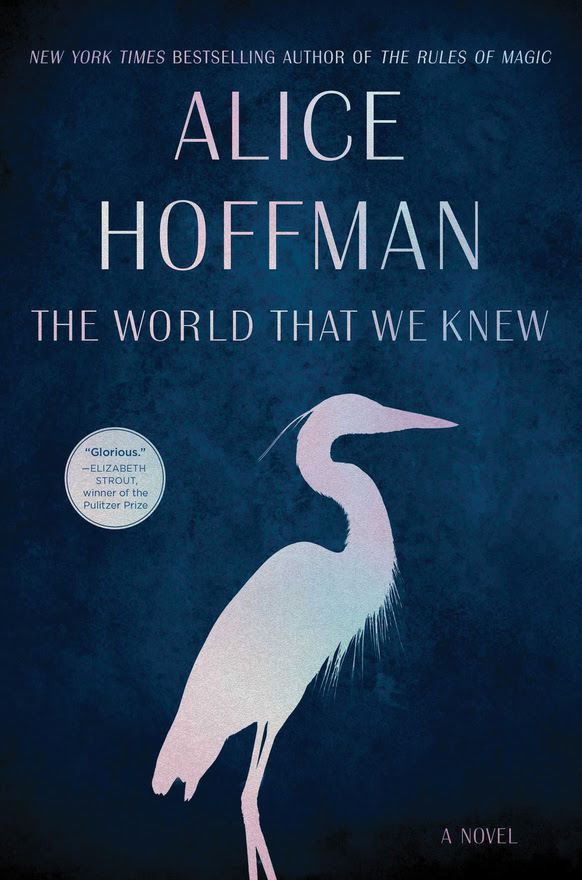 “Hoffman’s story begins in 1941 in Berlin, where a young Jewish mother, Hanni, knows that she must find a way to smuggle her daughter, Lea, out of the city before the Nazis take notice of her. To do this, she turns to a rabbi for mystical help, only to discover that his daughter, Ettie, is more willing to help Lea through magical means. Ettie, working from knowledge she’s gained through observing her father, crafts a golem they call Ava to guide and protect Lea. Thus begins an unlikely and harrowing journey through France, where Ettie finds a new purpose, Lea finds her soul mate and Ava finds that she’s much more than a single-minded creation.

In beautifully precise prose, Hoffman chronicles the experiences of these characters and those whose lives they touch along the way. Throughout the next three years of the war, each woman tries to survive while also pursuing her own process of self-discovery. Though Nazi-occupied France is an endlessly compelling place to many readers, Hoffman never takes her historical setting for granted. Rather than leaving us to lean on what we think we know, she weaves a fully realized vision of the hidden parts of history, chronicling the stories of people who slipped through the cracks on their way to freedom and the emotional toll that freedom took.”