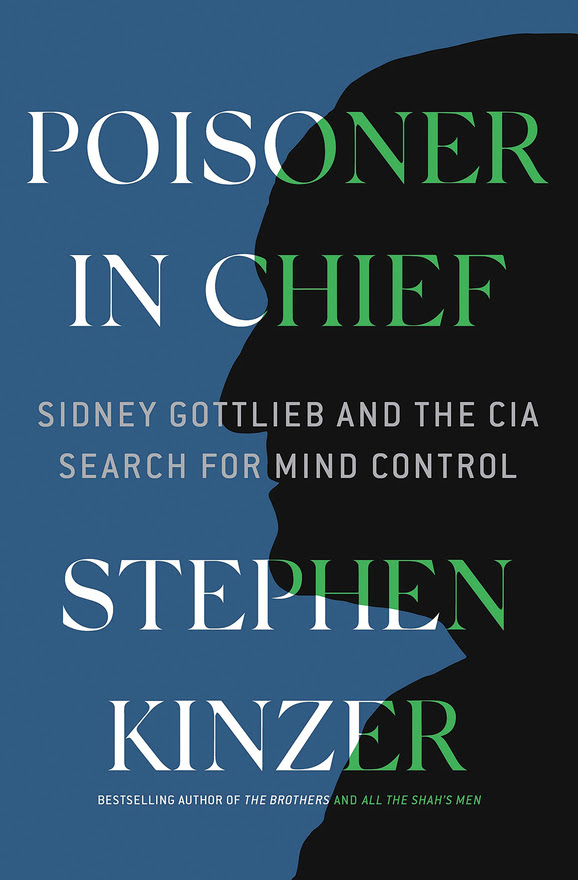 “Throughout the 1950s, under Gottlieb’s imaginative leadership, MK-ULTRA experimented with LSD and other dangerous drugs on unwitting or coerced subjects—mental patients, prisoners and just plain old everyday folks. Many were left mentally disabled for life; some were even killed. One fellow CIA scientist was likely thrown out of a window when he was deemed unreliable. And it was all done in a completely fruitless search for the ability to “brainwash” human minds. Nothing worked—ever.

In this masterful book, Kinzer demonstrates that the “research” done by Gottlieb’s team was as horrifically unethical as anything done by Nazi doctors later tried for war crimes. And yet, as Kinzer carefully documents, Gottlieb was a “nice guy” who loved his family and lived a proto-hippie lifestyle in rural Virginia. He spent his post-CIA years quietly, as a speech therapist who treated children—when he wasn’t destroying documents or stonewalling congressional committees.

During the years of investigations and lawsuits that began in the 1970s, Gottlieb never publicly repented; indeed, he believed himself to be a true patriot who had fought a justified war against communism. Kinzer’s chilling book reveals what can happen when morality is jettisoned in the name of national security—then and now.”