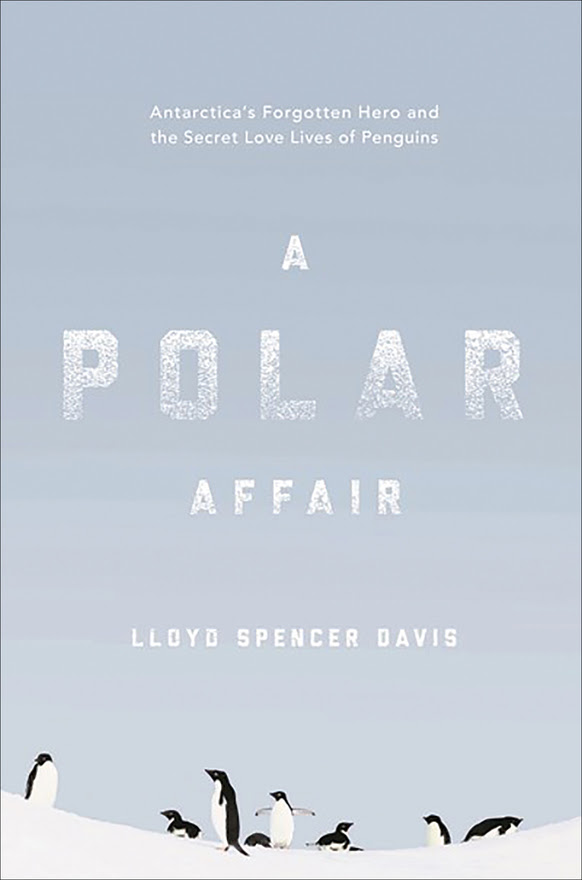 “The polar explorations of the 19th and 20th centuries are well-chronicled journeys to both the North and South poles, strewn with well-known names such as Shackleton, Peary, Scott, Nansen and Amundsen. Less well known is the first, albeit reluctant, penguin biologist, a British physician named Gregory Murray Levick who accompanied Robert F. Scott on his doomed attempt to reach the South Pole in 1912. This was a man who knew little about—and had even less interest in—studying penguins, preferring instead to eat them whenever necessary (which was often the case).

Yet according to his modern-day counterpart, fellow penguin biologist and author Lloyd Spencer Davis, the rather odd Levick would inspire Davis’ own career choice decades later. In Davis’ enthralling account, A Polar Affair: Antarctica’s Forgotten Hero and the Secret Love Lives of Penguins, he grows to respect and admire Levick, afflicted though Levick was with the rigid Victorian values that put him uncomfortably at odds with the promiscuous Adélie penguins.

Levick, in fact, was so ambivalent about reporting what he observed in the subcolonies of breeding penguins—the “bawdy behavior of these ‘hooligans’”—that he pasted paper over certain passages in his journal, as if he were embarrassed by what he saw. His assumptions about those “prim and proper, monogamous little creatures that mate for life” were dashed. As for the explorers themselves, Davis quickly adds, “Sexual misdemeanors in the polar regions are not, it would seem, the province of Adélie penguins alone.” The valiant explorers and their many lovers, as Davis writes it, were no strangers to amorous discoveries. Shackleton, for example, “is probably more penguin than he is a man of his word when it comes to marital fidelity.”

With treacherous ice floes entrapping ships, invisible crevasses that became deathtraps, scurvy, frostbite and much, much more, Davis’ Antarctica is a vividly described, unforgiving world of ice and wind—where, by the way, freezing, starving men had to eat their dogs and ponies, and on Sundays gathered for Bible readings and hymns. But not all the dangers were weather-induced. Scott’s wife, Katherine, wrote and exhorted him to die, if necessary, to achieve his goal. Beaten to the pole by Amundsen and doomed by his many mistakes, Scott succumbed to the elements, his frozen body still clutching her letter.

Somehow, Davis serves it all up with wit and a wry, irrepressible sense of humor, while imparting everything there is to know about penguins.”