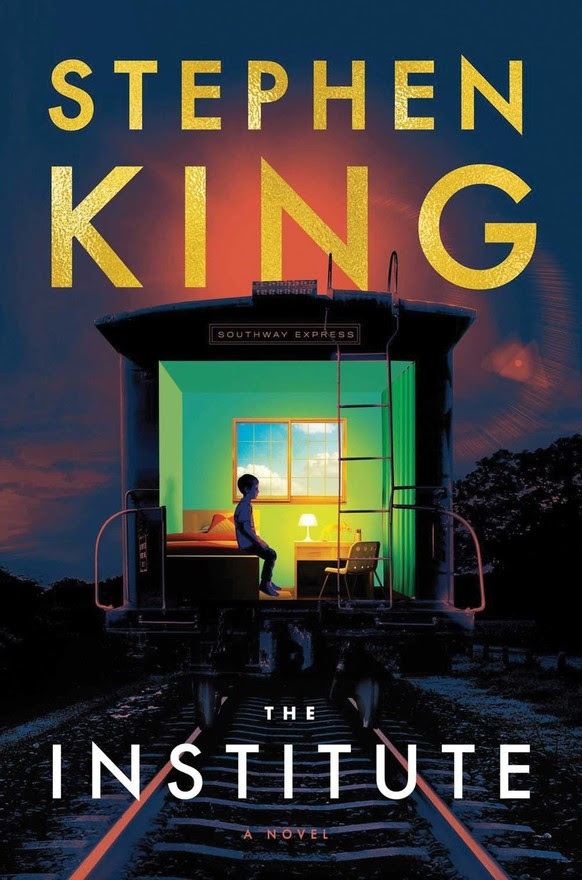 “Tim Jamieson,takes a job as a “night knocker” with the sheriff’s department in rural Dupray, South Carolina. It’s more than 50 pages later before we meet the novel’s true protagonist, young prodigy Luke Ellis, whose parents are trying to get him into a prestigious school where his unique intellect will be challenged.

But Luke’s world is shattered when he is kidnapped from his Minneapolis home in the middle of the night by a team of highly skilled special operatives. He awakens in a room made to look like his own, though the illusion stops at the door. Once outside his room, Luke finds himself in a strange facility somewhere in Maine. He soon learns he’s not alone, as other kids, ranging in age from 10 to 16, are also being held prisoner. King conveys Luke’s confusion, shock, hopelessness and grief in convincing and heart-wrenching fashion.

The concept of family separation takes on an eerie weight here, with unsettling parallels between the events of the novel and the real-life images we see on the news of kids huddled under silver mylar blankets in cramped cages at the U.S.–Mexico border. In a thinly veiled comparison to callous border patrol agents, Luke’s adult captors lack compassion and are  often downright cruel.

But King ramps up the cruelty even further, subjecting Luke to physical and mental abuse that, at times, readers may find hard to sit through. Luke and the other kids get slapped around, are forced to receive mysterious injections that cause convulsions and are nearly drowned in a sensory deprivation tank, all to awaken the kids’ latent telepathic or telekinetic powers. The kids are promised that, if they do as they are told, they’ll have their memories wiped and be returned home to their parents as if nothing ever happened. Good behavior is rewarded with tokens to purchase snacks or even alcohol and cigarettes. Kids can even buy time on a computer, though internet access is restricted.

After gaining the trust and help of one of the Institute’s support staff, Luke makes a break for freedom. His escape brings him to South Carolina, where Tim Jamieson finally reenters the story just in time to aid Luke in a final confrontation with the Institute’s baddies.”