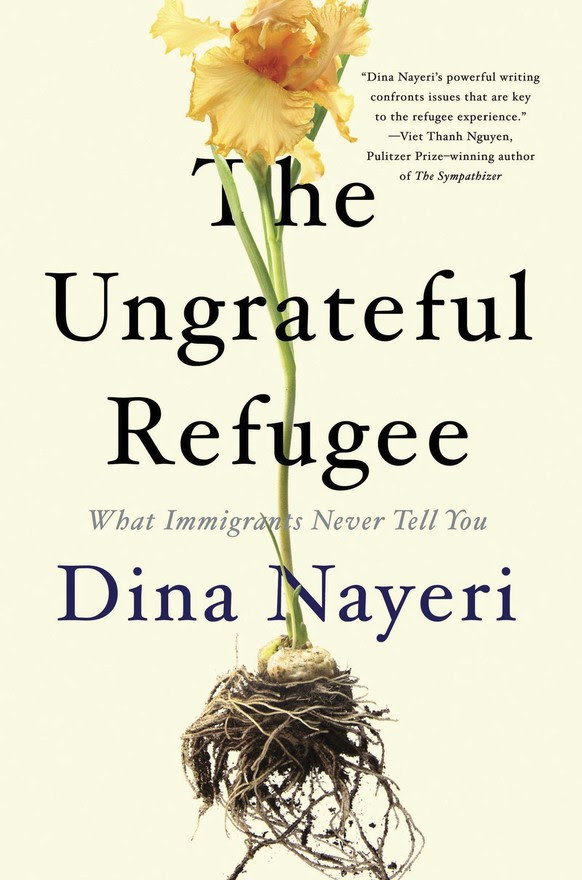 “In 1988, when she was 8 years old, Dina Nayeri and her younger brother fled Iran with their mother, a doctor, who had received death threats from the government’s moral minders because of her activism as a Christian convert. They went first to Dubai, then were refugees in Italy before being granted asylum in the U.S. and arriving in Oklahoma.

One of the most illuminating sections of the book is called “Camp.” In 2017, seeking to revisit her own experiences of exile, Nayeri volunteered in a refugee camp in Greece, where she served and talked to many refugees. It wasn’t all bleak. “People think of a refugee camp as a purgatory, a liminal space without shape or color. And it is that. But we kept our instinct for joy,” she writes. Still, it was a place of soul-destroying indignity and waiting. Refugees aren’t allowed to work. They’re not welcome at local schools. Young men entertain themselves by fighting.

Then there are the government bureaucracies that certify some refugees’ stories as “believable” enough for asylum and others not so much. Through her narrative, Nayeri makes vividly clear the Catch-22 of the process, especially for those asylum-seekers who are poorer, less educated and more desperate.

Nayeri is not really an ungrateful refugee, as her title suggests. She writes about how as a youth she was driven to excel in order to escape her identity as a refugee. She went to Princeton, Harvard and the Iowa Writers’ Workshop. But, as she points out, refugees are expected to be grateful in ways that deny their experience of loss, of leaving a place or a family they deeply love. In Oklahoma, for example, Nayeri realized that her education in Iran had been far better and more rigorous than her classes in the local school. Yet she was expected to say everything here was better. It wasn’t.”