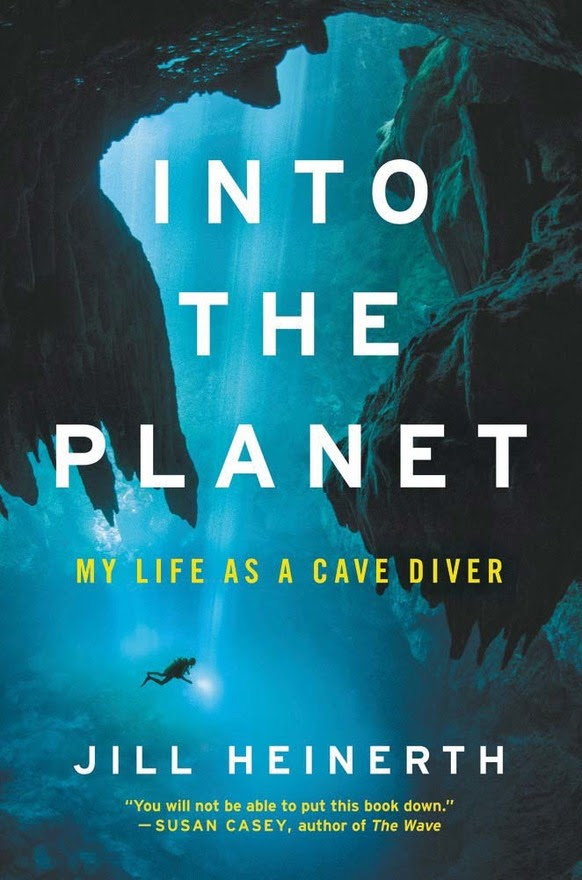 “As a girl growing up in Canada, Heinerth decided she wanted to learn to dive as soon as she saw Jacques Cousteau on TV. That’s despite the fact that one of her earliest memories is of nearly drowning and that she failed her first swimming lesson—because she was, of course, so busy floating and gazing intently at the underwater world that she didn’t bother to attempt any strokes. As a young woman, she sold a successful advertising business in Toronto and bought a ticket to the Cayman Islands in hopes of becoming a diver, shocking family and friends.

Her wild gamble paid off, and Heinerth has spent the rest of her life “swimming through the veins of Mother Earth,” as she calls it, delighting in the wonders of ice-filled caves beneath Siberia’s Ural Mountains and lava tubes inside a Spanish volcano.

Such wonders and achievements have not come without dramatic, dire sacrifices, particularly as a woman in a testosterone-heavy field. A number of close friends have perished in diving accidents; she has repeatedly helped with the heartbreaking task of body recovery. After she suffered a severe case of the bends, a doctor advised Heinerth to “never dive again,” which she ignored. She narrowly escaped death several times amid the caves and crevices of an Antarctic Circle iceberg, all while suffering a leaky glove in the icy 28–degree waters, just one-tenth of a degree away from the freezing point of salt water. After her narrow escape, she commented, “The cave tried to keep us today.” Hours later, as she and her team were preparing to dive yet again, they watched the iceberg completely collapse, which would have meant certain death had they been in the water. ”