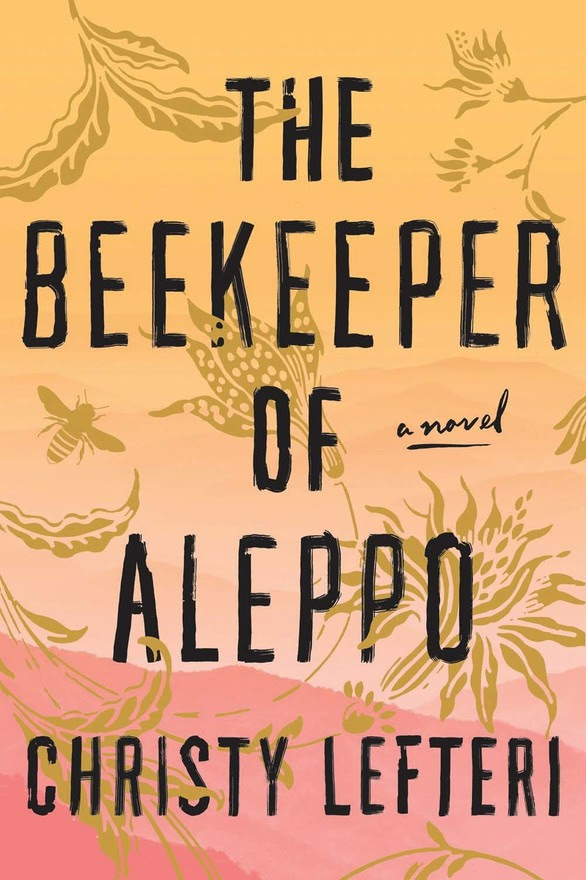 “Like the beehives he tends, Nuri Ibrahim exists at the mercy of forces larger than he. When war encroaches on him and his wife, Afra, they are forced to leave their lives in Syria behind and become refugees.

Entrusting themselves to strangers, they journey toward England, where Nuri’s cousin Mustafa waits with his family, but it takes a long time to reunite with Mustafa. Bridging the distance between husband and wife, a rift forged by profound loss, will take just as long. The war has blinded them both: Afra has lost her sight, and Nuri often sees only what he wants to see.

In The Beekeeper of Aleppo, author Christy Lefteri draws from her experiences volunteering with refugees in Athens, Greece, to build a moving examination of how people make sense of who they were and who they have become. Through Syria, Turkey and Greece, Afra and Nuri move and wait while the pull of the past, both its dark tragedy and its former sunlit joy, travels with them.

Hope is a thread Nuri loses, picks up and loses again. But no matter how bleak the present in which they find themselves, hope surfaces when it is most needed—in dreams, in visions, in emails, in an injured bee, in the blue sky, in memory. Not all memories are shadows; some are full of light.”