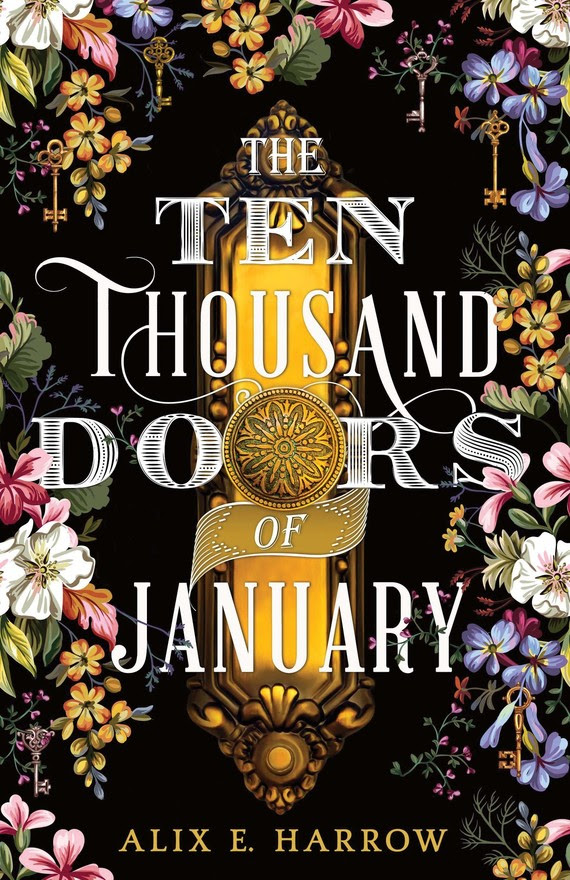 “Set in the early 1900s, The Ten Thousand Doors of January is the story of January Scaller, whose father travels around the world to find unique curiosities for his wealthy employer, Mr. Locke. January remains behind with Locke, who keeps her dressed in finery, storing her as carefully as the other specimens he possesses.

On the day before she turns 17, January discovers a mysterious book that smells of sea and spices in one of the many rooms of Locke’s house. As she reads the book, she learns that certain locations in the world are doors to other worlds—and that her entire life is tied to those doors. With the help of a few friends, January decides to escape Locke and his strange society of archaeologists and try to find her father before she no longer can.