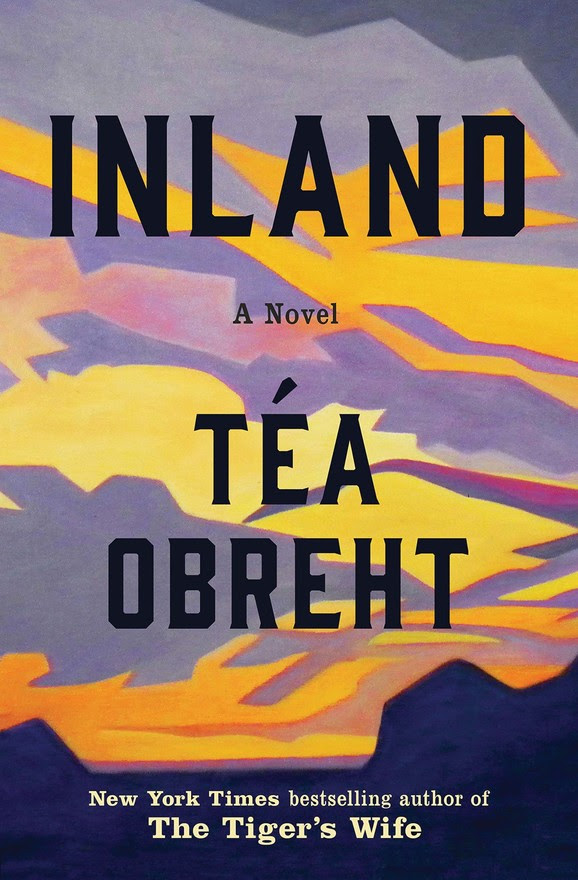 “Wife and mother Nora Lark lives in an unincorporated Arizona town struck by drought. When Inland opens, her husband is out searching for potable water and her two older sons have disappeared, leaving her alone with her youngest son, Toby, and her husband’s 17-year-old cousin, Josie, known for her psychic powers. Both Josie and Toby swear the homestead is being menaced by a mysterious beast, and between the young cousins’ growing hysteria and the lack of drinking water, Nora is at her wit’s end. But how can Nora doubt their claim when she herself carries on a daily conversation with her daughter, Evelyn, who died of heatstroke as a baby?

Outlaw Mattie Lurie has only the dimmest memories of childhood and the Muslim religion in which he was raised before coming to the United States. Surrounded by death for most of his life, Lurie encounters ghosts at every turn. Orphaned young, he did whatever he could to survive and, after killing a man, remains on the run. When Lurie meets up with a traveling caravan of camels and their drivers who are working for the U.S. Army, he feels a personal connection to their leader, Hi Jolly, and throws in his lot with theirs.

Obreht mixes the fictional with the factual in the same effortless way she mixes the magical with the real, the beast with the human. Inland is based, in part, on the true history of the use of camels in the Southwest after the Mexican-American War significantly expanded America’s borders. Though the novel could have benefited from some streamlining, the final chapter in which the paths of Nora and Lurie finally cross is a brilliant prose poem on the interrelationship between the living and the dead, between memory and loss.”