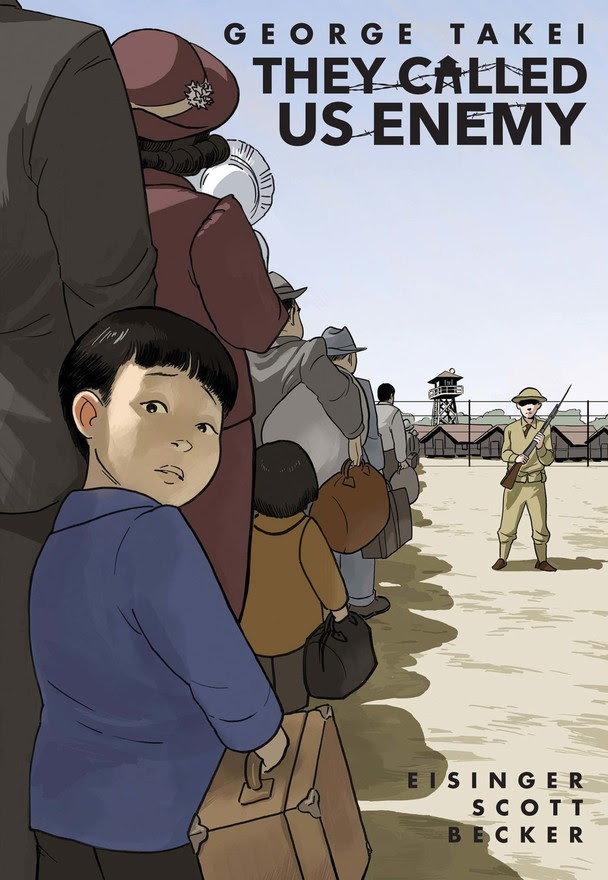 “In They Called Us Enemy, pop culture icon and social activist George Takei harks back to his childhood, several years of which were spent in internment camps during World War II. He was 4 when Pearl Harbor was bombed, and 120,000 Japanese Americans were subsequently removed from their homes and sent to prison camps along the West Coast.

Takei and co-writers Justin Eisinger and Steven Scott capture the terror, fear and frustration of those years, and Harmony Becker’s art masterfully conveys the harsh violence of warplanes and bombs, as well as the sweet sadness of kids playing within barbed-wire fences.

They Called Us Enemy is an important read for anyone who wants to learn the full truth of our country’s history of institutionalized racism and gain greater context for our present. A tribute to Takei’s parents, this meditation on citizenship and community will educate, challenge and inspire.”