Librarian’s Pick: Thing’s You Save in a Fire – Katherine Center 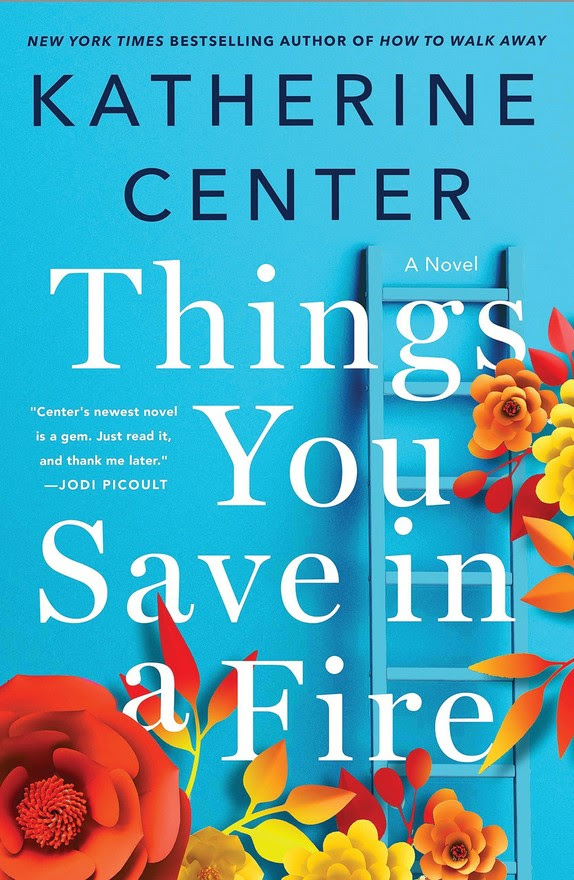 “Some people work to live, but Cassie Hanwell lives to work. Her job as a firefighter—and an extremely good one at that—gives her a sense of purpose that nothing else ever has. With grit and unwavering determination, Cassie has worked her way up the ranks of the Austin, Texas, fire department, earning the respect and admiration of her male colleagues. She’s even the first woman to win the department’s prestigious Valor Award. But on the evening of the award ceremony, an impulsive decision, triggered by an encounter with a blast from her past, may jeopardize everything for which Cassie has worked so hard. With her career on the line, Cassie agrees to transfer to an old-school fire department on the outskirts of Boston, where she’ll have to prove herself to her new squad, who have made it clear that there’s no room for a “lady” in their fire station.

The only person who doesn’t ignore her or treat her with outright hostility is a fellow newcomer, known as the Rookie, who proves to be a different kind of problem—because Cassie decided a long time ago that she would never fall in love, no matter how considerate or attractive or good a cook he might be. There’s no way her career can survive another scandal, but as she spends more time with the Rookie—and begins reconnecting with her estranged mother—Cassie can’t help but wonder if she should let her past go up in flames and make room for something new.”