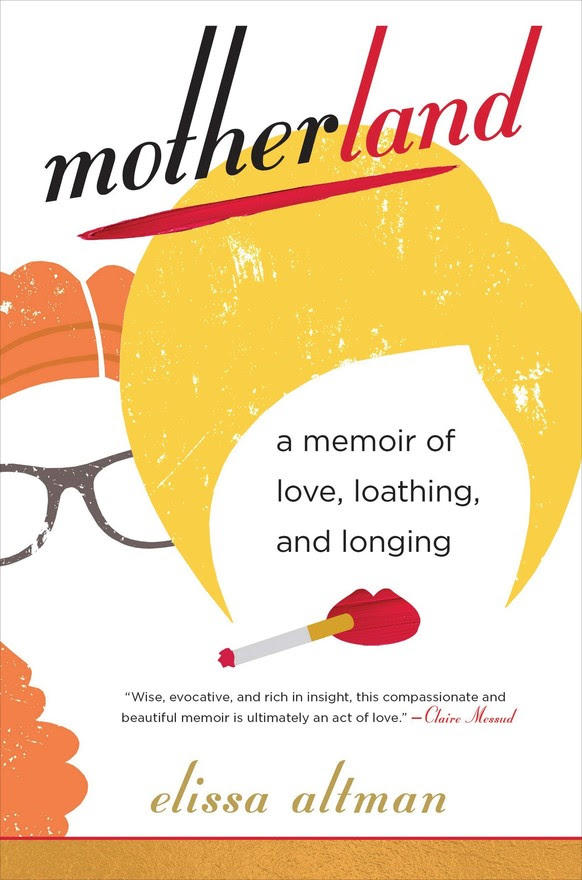 “There’s a jagged longing that animates the relationship between daughters and mothers. A daughter’s desire to please and be loved often cascades into enduring joy or peripatetic bitterness, while a mother’s desire to be loved and emulated often pours into exultant pride or raging resentment. Elissa Altman’s haltingly poignant Motherland: A Memoir of Love, Loathing, and Longing captures with clear-eyed candor the ways that Altman struggles to love her mother despite her mother’s insistence on creating Altman in her own image.

Altman’s mother, Rita, is a lifelong Manhattanite who buys makeup from Saks or Bloomingdale’s to assuage her loneliness and preserve her image of herself as a beautiful woman who once appeared on television. Rita’s marriage to Altman’s father ended in divorce because she felt like he could never provide for her material needs, and she continues to search for men who can. Rita wants a daughter who resembles her, so she tries to dress her only daughter elegantly and buys her cosmetics that will emphasize her beauty. Altman’s tomboyish approach to life disappoints her mother, and as Altman grows older, she eventually moves out of the city to Connecticut to live with her wife.

The circles of love, longing and loathing widen, punctuated by Rita’s daily calls to her daughter, calling forth Altman’s own anger, regret and love. As Altman so gracefully describes it, “My mother and I have been burning for half a century. . . . We bob and weave; we love and we loathe; we shout and whisper, and the next morning we do it all over again.” When her mother falls and becomes fully dependent on her, Altman feels the rush of “can’t-live-with-her-can’t-not-take-care-of-her” wash over her as she shuttles to Manhattan to care for her mother, who continues to be dissatisfied with her daughter and her daughter’s chosen life.

The beauty of Motherland lies in its embrace of the raggedness of relationships and in its candid acknowledgment that sometimes resolution and reconciliation simply elude us. But that longing for reconciliation itself functions as a form of resolution.”