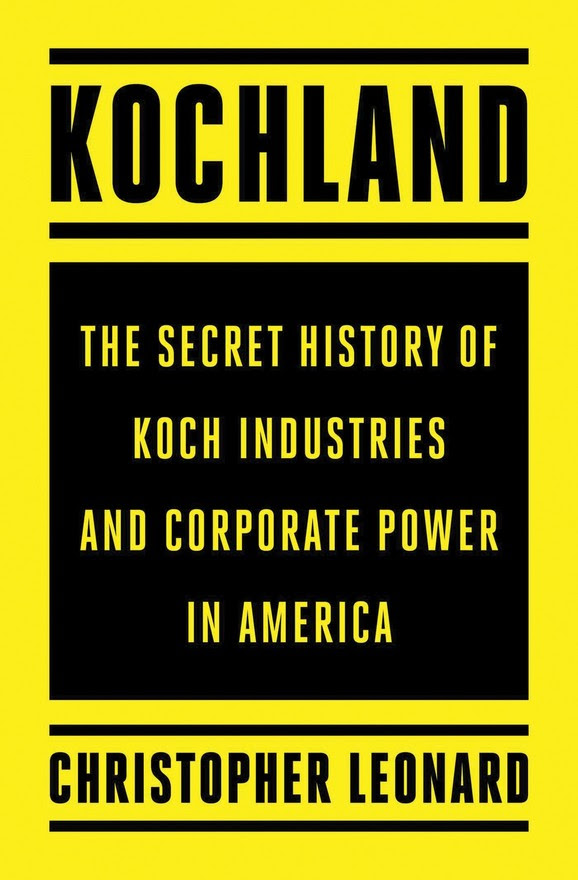 “Leonard begins his tour de force in 1981, when 45-year-old Charles Koch, who had run Koch Industries since the age of 32, turned down an offer to take Koch public. The strategy of remaining private has been integral to Koch’s success, Leonard argues, laying the foundation for “decades of continuous growth.” It’s also brought unimaginable wealth to Charles and David Koch, whose combined worth is estimated at $120 billion.

Leonard covers a lot of ground, but especially significant is a chapter analyzing Charles Koch’s long-held opposition to climate regulations. “A carbon-control regime would expose Koch to a brand-new regulatory structure, but it would also choke off decades of future profits as the world shifted away from burning fossil fuels,” Leonard tells us, reporting on a speech Charles Koch made in 2009.

Leonard devoted seven years to this book. In the acknowledgments he tells his kids that “all of it is for you.” Indeed, Kochland is essential reading for anyone concerned about the America our children and grandchildren will inherit.”