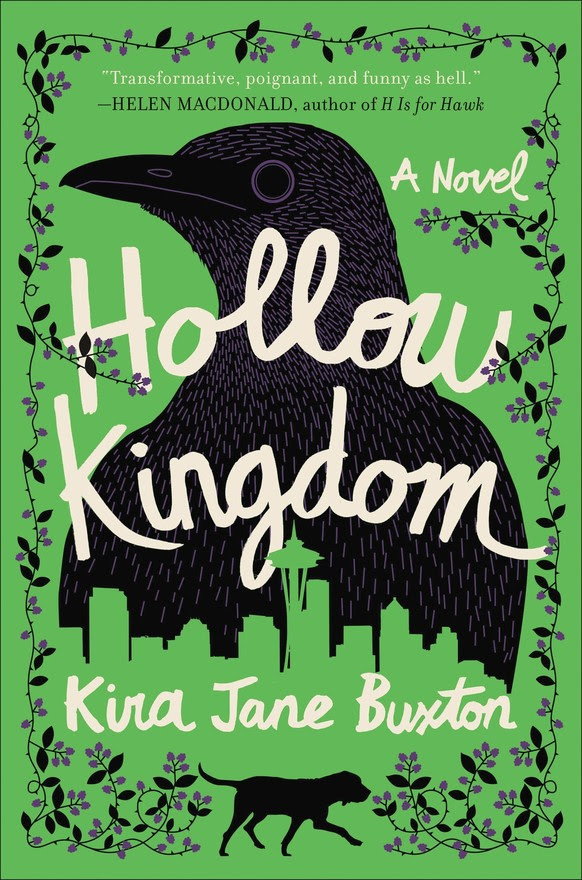 “Narrated by a foulmouthed, Cheetos-loving pet crow named S.T., the story starts in Seattle, Washington, where a terrible virus has turned all humans into zombies. When S.T.’s owner, Big Jim, succumbs to the virus’ effects, S.T. leaves the only home he has known to find some answers and possibly a cure. What he learns, however, is gut-wrenching. The human race as he knew it has ceased to exist, destroyed by their own addiction to technology. What now roams the earth are not humans but rather highly mutated and heinous creatures whose only purpose is to destroy.

World annihilation doesn’t necessarily make for a fun read, except perhaps when told by a domesticated crow that has watched a lot of TV and thinks himself half-human. Equally fascinating is the odd squad of dogs, cats and other birds who have joined S.T. in this post-apocalyptic odyssey. There might not be humans or the world wide web anymore, but that doesn’t really seem to matter, as Buxton does a stellar job of anthropomorphizing the novel’s animals and adding drama, suspense, tragedy and hope. It’s amazing that such a bizarre and far-fetched story can connect so deeply with our reality and its discussions about social media, climate change, immigration and self-identity.”