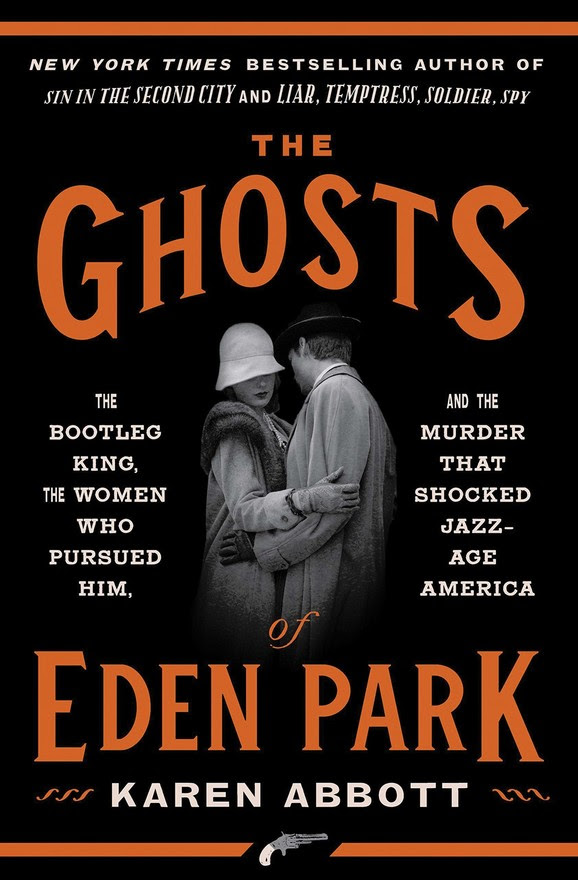 “George Remus legally defended bootleggers. Then he decided to become one. His outrageous scheme involved circulating whiskey from distilleries (that he owned) to pharmacies (that he owned) and, along the way, being robbed by bandits (whom he employed). His flashy second wife, Imogene Holmes, helped him run the ever-growing empire. They bought a mansion. They threw parties. They lived lavishly. Behind the frenetic lifestyle of this German-immigrant-turned-millionaire was an unquenchable thirst, not for whiskey (he was a teetotaler) but for acceptance and admiration.

When Holmes betrayed Remus by starting an affair with the prohibition agent Franklin Dodge, Remus began to exhibit signs of madness. These “brainstorms” culminated in murder: Remus shot Holmes at point-blank range. The following trial captured the attention of the country. Remus, ever hungry for the limelight, defended himself and pleaded “transitory insanity.” By the end, his fortune was gone.

In The Ghosts of Eden Park, Karen Abbott tells the story of Remus’ rise and fall with a novelist’s eye, and incredibly, every line of dialogue is taken directly from a primary source. Without embellishment or overt psychologizing, she pulls readers into the kaleidoscopic world of Jazz-Age America, full of flappers and whiskey parties, boisterous criminals and crooked government agents. Though Remus seemed unstoppable, he met his match in Mabel Willebrandt, a U.S. attorney and staunch feminist who was determined to bring him down.”