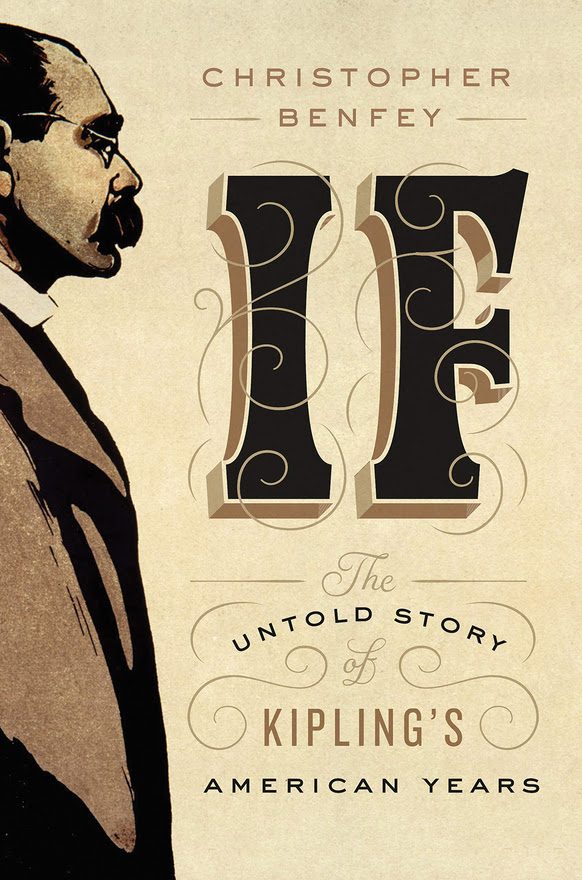 “Born in Bombay, Kipling spent parts of his childhood in India and parts in England, which shaped his rootless future as a newspaper reporter and bestselling writer. His wife, Carrie, was American, and soon after their 1892 marriage they settled into a cottage in her native Vermont. Kipling had first visited the U.S. three years earlier, at which time he made a pilgrimage to meet his role model, Mark Twain. Benfey marks this meeting as the beginning of the Englishman’s American decade, and Twain was only the first of many prominent men of the Gilded Age whom Kipling would encounter, befriend and occasionally cross swords with. He toured the recently opened National Zoo with Theodore Roosevelt, for instance—a magical moment for this writer of animal tales. (Despite Teddy’s passion for the grizzly bear, Kipling preferred the industrious beaver.)

In If, Benfey ties Kipling’s stateside experiences to the literary works that germinated during his time here. The Jungle Book, Benfey speculates, grew out of a fascination with wolves, long eradicated from the surrounding New England woods. Captains Courageous, written amid a U.S.–U.K. diplomatic crisis that unsettled Kipling, was his first genuinely American story. And Kim, regarded by many as Kipling’s masterpiece, owes a great debt to the quintessentially American Adventures of Huckleberry Finn.

Kipling reluctantly left America in 1896 amid a family altercation. “There are only two places in the world where I want to live,” he claimed. “Bombay and Brattleboro. And I can’t live in either.” Benfey suggests that Kipling held a conflicted affection for America similar to the one he had for India; both outposts shared an appealing unruliness and offered a limitlessness that stodgy old England could never supply. Yet his belief in the “white man’s burden” (a phrase he coined) clashed with U.S. notions of imperialism. For Kipling this idea was not merely about exploitation and profit but was tied to better intentions about helping “sullen peoples.” As leaden, misinformed and racist as Kipling’s views are in the 21st century, the complexity of his message endures.”