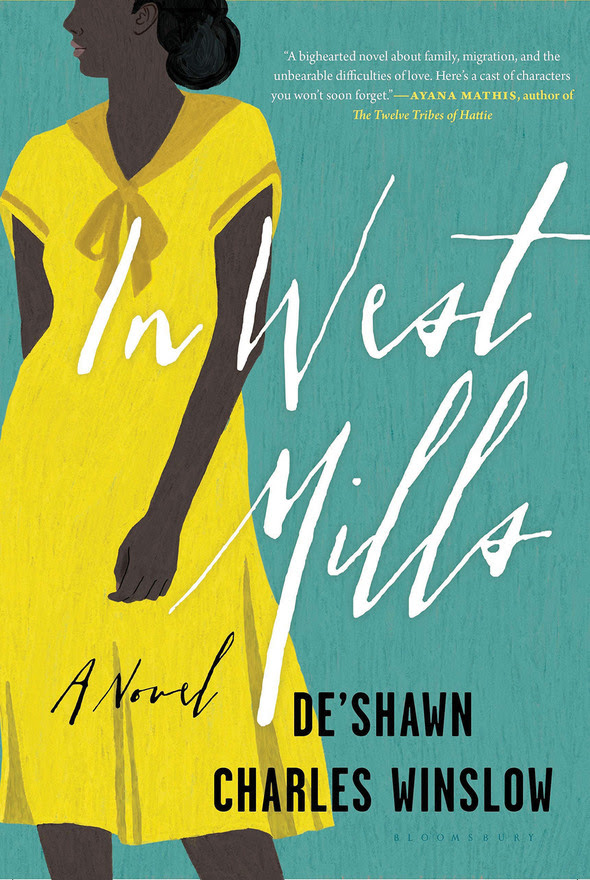 “Residents of West Mills, North Carolina, joke that their town never changes. Yet there’s never a dull moment for the stubborn, loyal characters in De’Shawn Charles Winslow’s debut novel, In West Mills. The novel opens in 1941 with a fight between main character Azalea “Knot” Centre and her man, Pratt. When Pratt enlists for the war, Knot’s neighbor Otis Lee looks after her and keeps her company. He chides her for her obsessive drinking and reading. In turn, she scolds him for his rift with a mutual friend, Valley. And so it goes, friends becoming family until the town includes three generations of fierce fighters and lovers.”