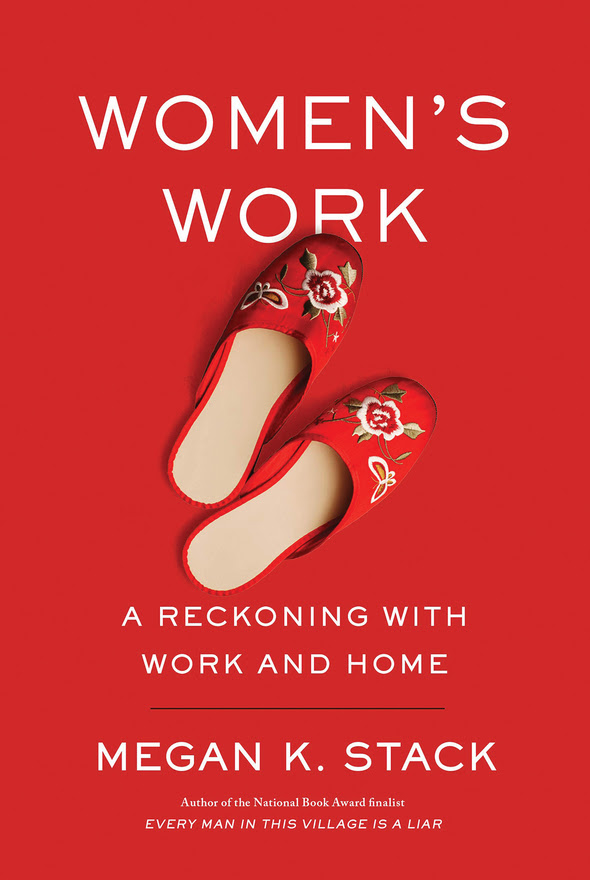 “Stack, whose previous book, Every Man in This Village Is a Liar, was a finalist for the 2010 National Book Award, had imagined quiet days of working on her novel while her newborn son slept, angelic and obedient, until she was ready for him to awaken. She had not imagined colic, hormones and sleep deprivation that was almost physically painful. To add insult to injury, her journalist husband, Tom, “had slipped easily back into his old life while I had been bombed back to some prehistoric version of myself. And I was angry that he had accepted this superior position, this lesser disruption, as sort of a birthright.”

Enter Xiao Li, the first in a series of nannies, cooks and cleaners who help Stack find equilibrium. But like most women who hire help, Stack felt a deep uneasiness that she couldn’t do it all herself. And while Stack paid Xiao Li a good wage, it was for work that took Xiao Li away from her own young daughter. Xiao Li later admits she would sometimes pretend Max was her own baby to take away the sting of separation. It’s an uncomfortable truth that moms who work need help and that help mostly comes from lower-income women. That transaction comes at a price beyond money.

Furthermore, dads seem to navigate these issues without the noose of guilt, and Tom is no exception. He comes across as a bit of a schmuck, complaining about the quality of Xiao Li’s cooking and insisting that he can’t take even half a day off so Stack can finish a draft.

When the family moves to India for Tom’s job, Stack is in charge of setting up the household and finding help while again pregnant. In Delhi, Stack truly becomes aware of the hardships facing the women she employs: alcoholism, domestic violence, poverty. She delves into their stories with searing honesty and self-reflection.”